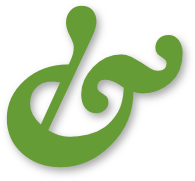 Oddly, that # character isn’t called a hash—not in America, anyway. We call it the pound sign, or (with pinky raised) the octothorpe. (The geniuses at Bell Laboratories gave that fancy name when they added it to the telephone keypad, because they didn’t know we’d end up pounding on it every time a computer voice commanded, “Please enter your 22-digit identification number, followed by the octothorpe.”) We also sometimes call it the number sign, since it’s one of only two keys on a phone pad that doesn’t have a number on it.

In Europe it is called a hash, probably because they already have a pound sign: £. The name hash has nothing to do with hash—rather it is a distortion of the word hatch, as in cross-hatch. But hatch tag sounds more like a game you’d play on a submarine.

So—I’m glad I could clear all that up.

Easily the most beautiful character is the &. It’s name, ampersand, is a mush of the phrase and, per se. The Latin phrase per se means “by itself.” The ampersand was originally considered the 27th letter of the alphabet, and all by itself it stood for and.

@TheAtSign: you are formally dubbed ampersat, for no better reason than because we just did.

* is named asterisk, from the Greek asterisksos, or “little star.” Isn’t that nice? Much nicer than the descriptive name given by computer geeks: splat. If you call it an “asterick” I’ll throw my expresso in your face.

Diacritic is not a battle cry of actors. It is an intriguing subset of letters which have been modified to gain bonus meaning or pronunciation. The letter é, for example, is acute, even though I think è is just as cute.

Å dot over a letter is called an overdot. Who knows why. But when a letter naturally has a dot, like i or j, it’s called a tittle, a name that makes me titter. There is also a titlo, but no tit-high. A titlo looks like a lightning bolt: Ấ, which should strike me for such adolescent comments.

A double-dot över a letter is called an umlaut. It creates a sound only Germans can pronounce—somewhere between im and um and arm—oh, never mind.

The squiggly hook centered under the letter Ç is called a cedilla, and it modifies the sound of the letter. If the squiggly isn’t centered, it’s a hook right or a hook left.

While most characters are easily typed, diacritics usually require finger-twister key combinations, or even awkward HTML substitutions like &plusmn; just to more or less get ±.

Or you can do what most people in the United States do: ignore all of them.