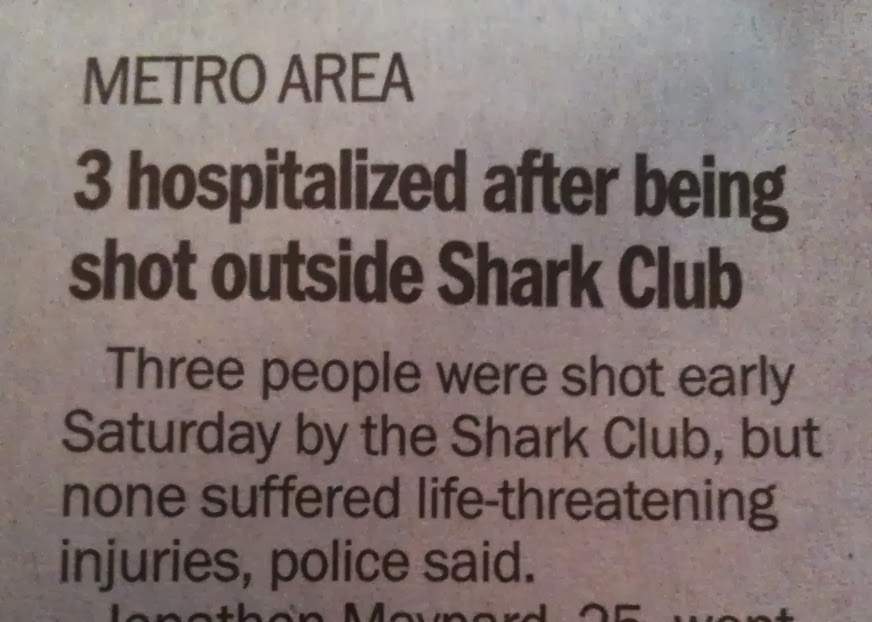 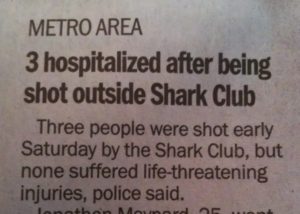 Why would the Shark Club shoot anybody?

Or maybe they meant the people were shot near the club. 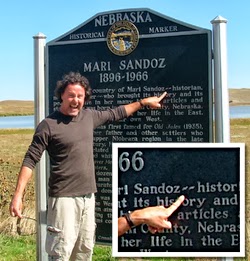 Do you have to dash?

So you have a train of thought—you get siderailed—then you get back on track. That’s a good time to use a dash. To make it you just type two hyphens–

Ooohhhh, no you don’t.

A hyphen is a hyphen. Find it between the 0 and the = on your keyboard. It’s used to hyphenate. Hyphenated words, like jack-ass. Or to create compound adjectives, like that hyphen-obsessed Campbell guy.

Don’t use a hyphen when you mean a dash. Your text will look empty at best, and vague at worst – like this. A double-hyphen–that’s just double-wrong.

Instead, put both your hands to work and type a real dash. Choose from two:

When you want a dash, here’s a rare gift from the snobby typographical world: either choice is acceptable. [Gasp!] But before you go dancing naked in the streets, let me add one sniff of snobbery: the N-dash always has a space before and after it – like this. The M-dash never has spaces—use it like this. An M-dash with spaces around it creates way too much division — see what I mean?

Beyond that, you can choose which you like better.

No wait—not quite. Be consistent. Pick a team. Be an Emmie or an Ennie.

In the US, the M-dash is far more common. Europe is more likely to use the N-dash.

How to make a mad dash

On a PC: the M-dash is found at control + alt + – . If that doesn’t work, try alt + 0151. For the N-dash use alt + – . If that doesn’t work, try alt + 0150.  If you want to make it easy on yourself, you can type the lazy way with a space-dash-space, then do a search-and-replace through your final draft to get the proper dash you want. Software often includes these in a “Special Characters” choice under the <Edit> menu.

More digression: M and N are typographical measurements that are relative to the font being used. That is, each gets bigger or smaller as the type does. So there’s also an M-space, which is really fat, and an N-space, which is half as wide, but noticeably bigger than a standard space.

Now you can dash off, knowing you’re doing it right. And it’s suddenly going to bug you when other people don’t.

Welcome to being a type snob.